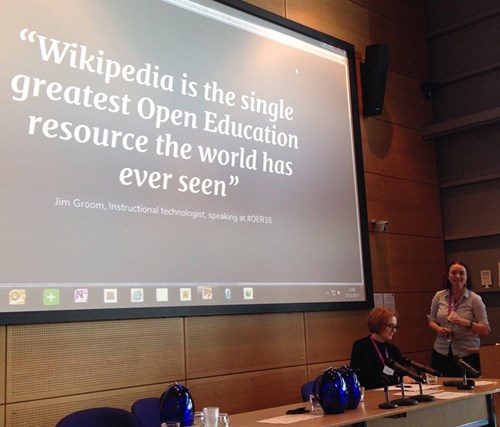 The project was proposed by Inverclyde Libraries in partnership with CultureNl Libraries and funded through the Public Library Improvement Fund (PLIF) which is administered by SLIC on behalf of the Scottish Government.

The focus of the project was to improve the contribution libraries make to the digital landscape and widen access to the rich content stored by libraries.

During the project 24 library services throughout Scotland received training on Wikipedia.

The project built upon the wide range of digital skills public libraries already offer and has helped to promote the benefits of the internet to a wider audience.

It made a significant contribution towards promoting culture and creativity as part of Scotland’s first public library strategy Ambition & Opportunity.