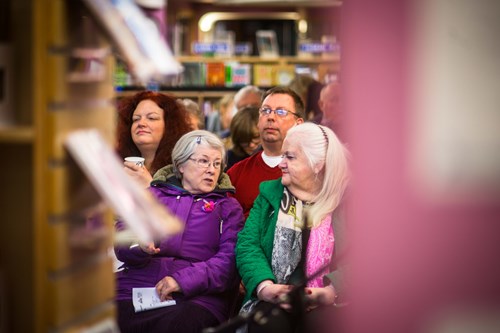 In 2016 the Scottish Library and Information Council (SLIC) created six pilot film clubs in selected public library services throughout Scotland. The £190,000 initiative was made possible through funding from Creative Scotland as part of its 2014-17 Film Strategy.

Over the course of the project participating libraries received new film equipment and training - providing them with all they needed to present regular screenings. Film clubs were set up in Edinburgh, Falkirk, Midlothian, North Lanarkshire, South Ayrshire and the Western Isles.

SLIC’s Film Education project aimed to improve the provision of film and moving image education. It brought together communities to watch, discuss and learn about film in areas where little or no film provision existed.

The project was directly linked to Strategic Aim 5 of Scotland’s first public library strategy Ambition & Opportunity. You can learn more about the outcomes of this project by reading the Film Education in Libraries Report.

Find out about our current innovative projects