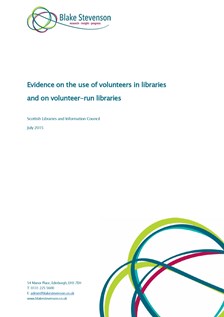 In 2015 the Scottish Library and Information Council commissioned a report entitled Evidence on the use of Volunteers in Libraries and on Volunteer-run Libraries.