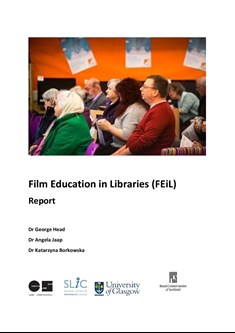 In 2016 six pilot film clubs were created in selected public library services throughout Scotland. The initiative was made possible through funding from Creative Scotland as part of its 2014-2017 Film Strategy.

The six film clubs were set up in Edinburgh, Falkirk Midlothian, North Lanarkshire, South Ayrshire and the Western Isles.

Through the project participating libraries received new film equipment and training. The aim was to improve the provision of film and moving image education. It brought together communities to watch, discuss and learn about film in areas where little or no film provision existed.

The Report discusses the project aims, outcomes and recommendations.