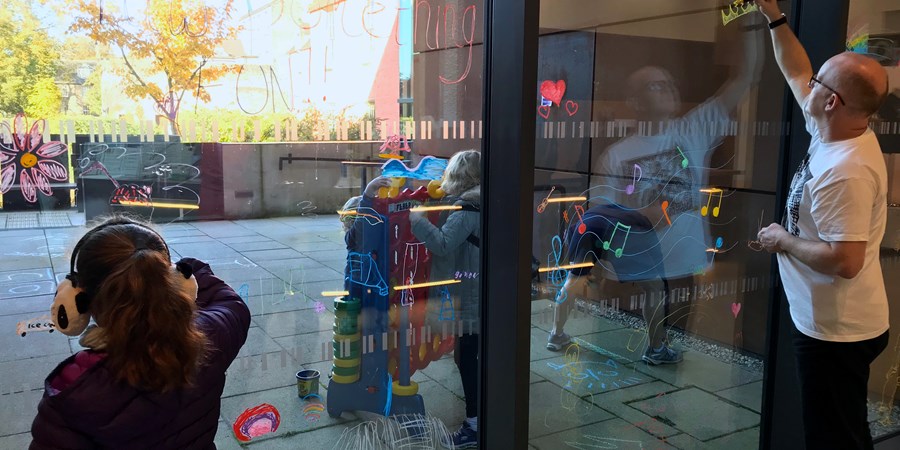 This week on the SLIC blog Lewis Hou talks about his role as a Fun Palaces Ambassador and their partnership with SLIC.

From the Western Isles to Orkney, Dunfermline to Auchinleck, Midlothian to East Dunbartonshire, libraries across Scotland have been holding exciting cultural celebrations for, with and by their local communities as part of the worldwide Fun Palaces weekend in October since 2015.

These events are part of the year-round Fun Palaces campaign for cultural democracy – supporting everyone to make culture, not consume it. We also encourage organisations and people to increasingly unearth, share and get hands-on with the culture already at the heart of our communities.

Indeed, when radical theatre-maker Joan Littlewood and architect Cedric Price originally conceived of a ‘Fun Palace’ in the early 1960s which could be a ‘People’s Palace’, ‘laboratory of fun’ and ‘a university of the streets’, open to arts, sciences, making, heritage and much more, they very well could have been talking about our libraries.

It’s no accident that since Fun Palaces was re-invoked as this campaign and weekend of action in 2014, over half of the 1789 Fun Palace events made by over 40,000 makers and involving 500,000 participants have been run locally in libraries.

For the next two years, I am excited to be partnering with SLIC as one of the Scottish Fun Palaces Ambassadors and action researchers. It will be my job to support librarians and their cultural leadership for, with and by their local communities. Together, we will be exploring across creative, sciences (including broader STEM areas) and digital skills - connecting this with health and wellbeing.

We will be partnering with libraries across Scotland to develop a peer network and link to the broader action research supported by the National Lotteries Community Fund. This will include partners and ambassadors from within different sectors across the UK, such as the National Trust in Wales to Big Telly Theatre, to share learning.

I’ve been involved with Fun Palaces since 2015, initially as a volunteer maker before I was the ambassador in our first phase with Voluntary Arts Scotland as their Scientist-in-Residence.

I trained originally in neuroscience research and so I am especially excited by opportunities to make links to health and wellbeing with libraries and have seen first-hand how much amazing work librarians are already doing. This programme will be an opportunity to shine a spotlight on this work, build connections between libraries, grassroots communities and cultural partners and provide space for reflective practice, best practice and leadership from librarians across Scotland.