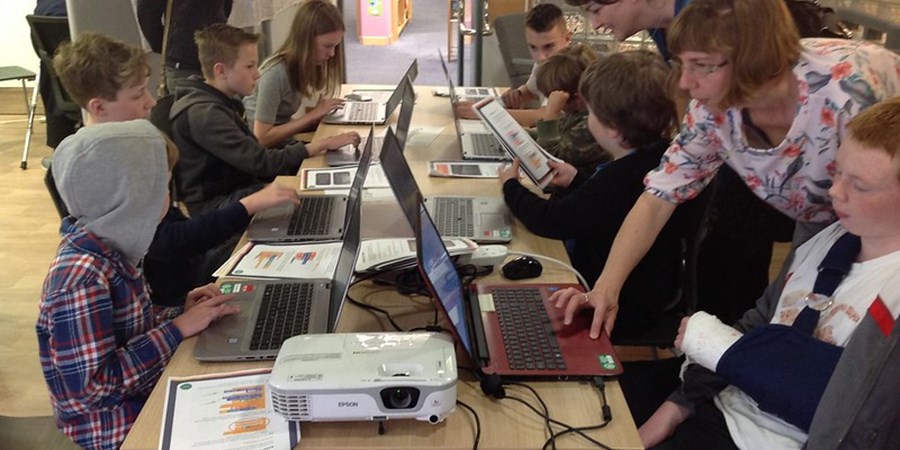 This month on the PLIF blog Kathleen Milne from Eilean Siar Libraries talks about the development of their new MakerSpace area in Stornoway Library which was funded through the Public Library Improvement Fund.

Western Isles Libraries was lucky enough to receive PLIF funding in 2016 to support the development of a MakerSpace area in Stornoway Library. The opportunity had arisen due to the sad closure of the library’s much-loved coffee shop, which occupied the small front section of the library.

Even though the area was a fundamental part of the library, it wasn’t a foregone conclusion that we would be allowed to use it, despite being so strapped for space. Thankfully, after a few reports, presentations and meetings later, it was agreed that the library could have the vacant space. Along with the support of the PLIF grant, the ‘Library Plus’ makerspace was a ‘go’.

From Plus to Space

The name Library Plus, was meant to represent that the new area would offer something in addition to regular library services. The Library Plus coding, the Library Plus virtual reality and so on. But then - shock! horror! - we discovered that a library service in England was already using Library Plus as their brand for extended activities. Well, we couldn’t have that, so the new space became...The Space.

The Space is not just a MakerSpace, it is an anything Space - whatever the community needs. So far it has hosted local book launches, code clubs, virtual reality sessions, a Lego Club, astronomy group meetings, creative writing workshops, language classes, EU Settlement support, film shows and much more.

Recently, it became the Stornoway hub for Community LED Support and now each Tuesday, a group of advisors are available to provide a cup of tea, and advice and guidance on a whole range of issues.

We have lots of planned digital services ready for The Space too and have a shiny new HP Sprout ready to spring into action. A Mac desktop, and PC loaded with Adobe Creative Cloud are also on their way. 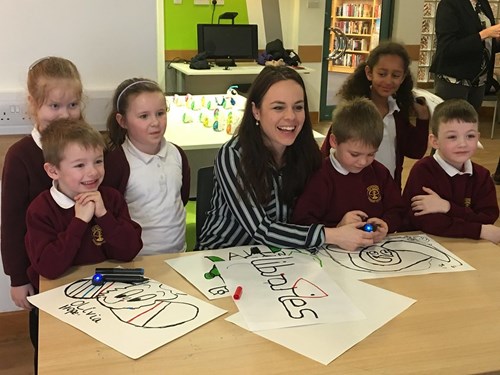 The aim is to provide a range of software to support game development, art, animation, design and other creative things, for all ages. Thanks to an additional grant from DigitalXtra, the library has also been able to partner with Lews Castle College (UHI) on a STEM project called STEAM Ahead, for primary school-aged children. A Project Officer is preparing a range of worksheets and activities suitable for children from Early Years, right up to P7s.

From Code-A-Pillars and Ozo Bots, to BBC:MicroBits and Arduinos, the series of activities will help children, and their teachers, develop their progressive knowledge of coding and robotics in a fun and inspiring way.

Kits of the different digital devices, with the worksheets, will be made available in the MakerSpace for anyone to use, experiment with and learn from. It’s also planned, staff resources allowing, to offer the range of activities to schools wanting to visit the library.

In time, we would like to set up pop-up ‘spaces’ at all our other libraries and make sure The Space continues to adapt to suit a range of community and individual needs. On Saturday 5th October, we hosted our first Fun Palace in The Space. On one side of the room, children and families were enjoying the experience of virtual reality for the first time, on the other there were people enjoying Tinkercad and 3D Printing. In the middle, families were creating their own story pictures inspired by The Little Gardener. This is something we could never have achieved without the PLIF fund to help us get going.