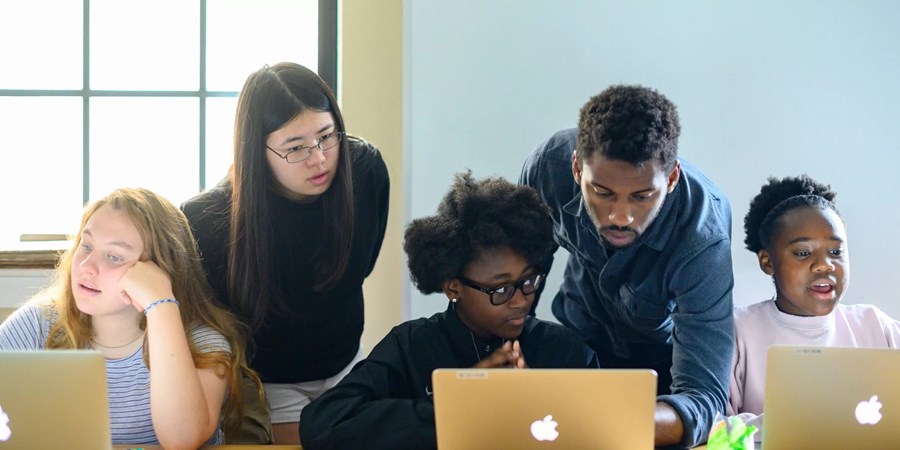 This week on the SLIC Blog information Literacy and Learning Librarian Jacqueline Geekie with Live Life Aberdeenshire talks about her work with Girls Who Code – an organisation striving to close the gender gap in technology.

To try and redress the numbers of women in Science, Technology, Engineering and Mathematics, SLIC was looking for four local authorities to run a pilot of a Girls Who Code Club to encourage more girls into STEM subjects and thereafter STEM occupations.

I was very interested in this because we had been challenged by one of our Councillors to encourage more girls to attend our Code Clubs and we had been targeting Guides and Brownies to run coding sessions but nothing on a regular basis. Live Life Aberdeenshire was selected as one of the four authorities and I was able to meet with the others in Perth to discuss more fully what was involved.

What Girls Who Code Do 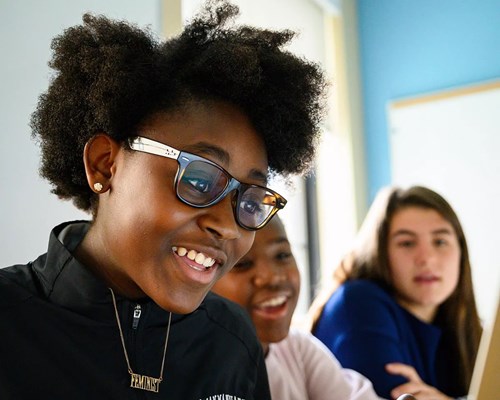 Before I could run the club with the girls, I had to learn more about the organisation and about how to run the sessions and the website provides everything you would need. I was able to schedule a 30-minute conversation (which over-ran) with Charlotte to get answers to the questions I had once I had accessed the training materials. The website is full of resources which are all fully accessible once you are set up as a club.

Our commitment was to hold between 10 – 15 sessions between January and March which seemed straightforward at the beginning but when trying anything new there are often obstacles in the way. I selected Inverurie Library which was reasonably close to Library Headquarters where I work as they already had a Code Club with at least one girl who had attended who was very engaged with Coding. I thought this would give me the best chance of getting the enterprise off the ground, which it did.

We opted for the Mini Club plan of 10 sessions and thought one hour would be fine. However, at the first meeting it was apparent that we could not fit everything in and give the girls time to code too so we extended to one and half hours. Each session included an activity, a spotlight on a woman in tech and time to work on a mutual project. Girls Who Code is focussed on their 3 pillars which are Computer Science, Bravery and Sisterhood and all these elements should be included in each meeting. The outcome of the experience for the girls was to produce a project that addressed a ‘real-life’ issue as well as inspire them with women in STEM occupations.

The regular code club staff member concluded they did not feel able to promote the sisterhood part so I had to rethink who would be involved from the branch.  I approached another member of staff who had a little experience of running the code club when the usual club leader was on holiday. After much discussion we agreed we would run the club together – providing guidance and support as a team. Perfect! 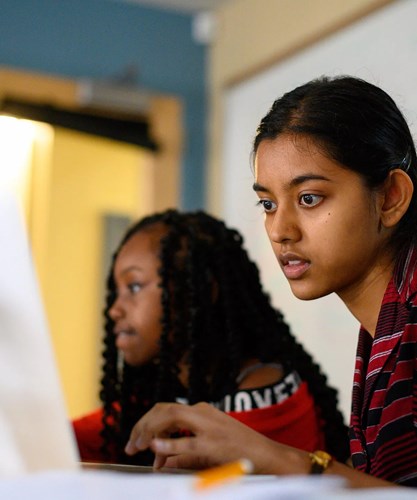 My next hurdle was to get girls to attend. Girls who Code is for girls aged between 11 – 18 and each person should have their own computer to work with. We have four computers upstairs in Inverurie Library, so we had four spaces to fill. We had one girl who was keen, and she would take her friend, they were aged 12 but soon to be 13. Two spaces down and two to fill. The member of staff who was going to be helping had a daughter who was keen to be involved too and she was already 13. Three spaces down and one to be filled. The last space was taken by a younger girl who was 10, almost 11. All spaces were now filled. Great!

We spent the first couple of weeks focusing on Fostering sisterhood. We quickly realised that two main areas of interest were animals and food and soon they opted for a multi-level game with food as the theme running throughout. My colleague told us in week one about her interest in bees, so bees became a feature in each level of the game as a tribute to her which was a lovely touch.

I was concerned about the ‘real-life’ problem that the project was supposed to address but having spoken to Charlotte she reassured me that something the girls were passionate about was much more important for our focus. The girls each picked a type of game – platform, maze, chatbot and collecting - to produce.  We created a login for Scratch that they could all access so their projects would all be in one place. I have since learned about Scratch Studios which would have fitted our requirements just as well.

Each week the girls used their own login to create their level. To my delight while they were working on their project, my colleague grew in confidence - running a session and coding each week.

Everything was going great until March and lockdown happened and we still had a couple of weeks to go. We had been speaking with the girls about a celebration where we would invite the Councillor, Senior Management as well as family and friends. The girls were excited to plan the party to celebrate their achievements. Then nothing, the girls had to focus on home schooling, and I tried to keep in touch with them but myself and my colleague were redeployed to other tasks so time for coding was non-existent.

Time marched on and it was coming to the end of term and I knew if we did not try to get the project finished it was unlikely to happen. I fixed a date and time and met with the older girls (the youngest opted out at this stage) along with my colleague and it was lovely to have a chat with the girls about their lockdown experience and home schooling. The girls were keen and after only two virtual sessions the project was finished.

We still plan to have a celebration once we can meet together in person but in the meantime, we have the website as evidence of the Inverurie Girls Who Code Club. At the last virtual session, I asked the girls if they would like to carry on with the club once we are able to meet and they all said yes – a real measure of success. My plan is to leave the Inverurie Club in the capable hands of local staff and begin again in another location with one of our Network Librarians. Another measure of success will be if there is an increase in the uptake of STEM subjects by those who attended.